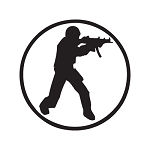 If you’re into video games and esports betting, you have probably heard of Counter-Strike: Global Offensive (CSGO) before. Since its release in 2012, the game has grown to become one of the biggest names in the esports industry. Naturally, CSGO betting is very popular at online gambling sites because of this. You can bet that a professional match that involves single elimination, is only made that much more exciting by placing a real money wager on it.

If you would like to find out more about betting on CSGO games online for real money, make sure to keep reading. On this page, we have created a guide to CSGO bets. Below we have a look at the types of wagers you can make on matches as well as some betting tips. We also list some of the top sports betting sites for esports bets. So, what are you waiting for?

Where to Bet on CSGO

What is Counter-Strike: Global Offensive?

Counter-Strike: Global Offensive (also known as CSGO) is a multiplayer first-person shooter game. It was developed by Valve and Hidden Path Entertainment released in 2012. The game sees two teams of players go up against each other with the aim of eliminating the opposing force and completing a set of goals. For example, members of the “Terrorist” squad will need to plant a bomb in some game modes, and the “Counter-Terrorist” squad will need to defuse it.

The game’s core gameplay mechanics are heavily focused on skill and teamwork, which is what makes it a good title for esports. In addition, gameplay experiences are very exciting, which is what has allowed the game to remain popular since its release eight years ago. In recent years, it has become free-to-play, meaning that now anyone is able to play the game i.e. more players.

Here is a list of all the most popular lines at CSGO esports betting sites:

How to Win CSGO Bets – Tips

There are couple of things beginner esports bettors need to consider when wagering on CSGO. Here are some tips to help you become a more successful bettor:

What is CSGO betting?

CSGO betting involves betting on the outcome or events within a professional CSGO match. Many online sportsbooks allow gamblers to bet on the esport.

Betting on CSGO matches is not illegal. However, the Valve Corporation has banned skin gambling due to the activity being linked to a number of fraudulent networks. Although players will not face legal charges for betting on skins, they will be banned from playing the game.

What is skin betting?

Skin betting allowed CSGO bettors to use virtual goods – in this case, a skin for a weapon – to bet on the outcome of games. The activity supposedly led to match-fixing within the ESL CSGO league which then saw the Valve Corporation intervene and ban all forms of skin betting.

How do you bet in CSGO?

Gamblers can bet on CSGO in the same way that they bet on other sports. They can pick the winner of a match or tournament, place over/unders on kills and place props on teams or players to rack up the most kills.

While many of these bets may have names unfamiliar to sports bettors more familiar with wagering on traditional sports, they all follow the same principles.

What is the best CSGO gambling site?

The best CSGO betting sites are as follows:

Counter-Strike: Global Offensive is owned by the Valve Corporation – the parent company of the digital market place Steam and publisher of other titles, such as Dota 2 and Half-Life.