When the NFL and NHL are in offseason, Chicago Fire betting dominates the Windy City. As the sole representative of Chi-town in the Major League Soccer (MLS) Eastern Conference, it has huge support base in form of the residents of Illinois. Having been around for over two decades, it is one of the league’s premier teams and usually holds a good chance of winning the MLS Cup, although only having won once in their inaugural season (in which they also won the US Open Cup.)

If you would like to learn more about betting on Chicago Fire, make sure to keep reading. Below we go through everything avid MLS bettors need to know about wagering on this famous team. This includes their odds to win the Cup this season, their overall history as well as some tips to keen in mind when making wagers at US online gambling sites. So, read on and start betting on the Men in Red.

Looking to place a quick wager on the good old ‘Fire? Well, have a look at the sports betting sites listed below. They have got loads of possible MLS betting options, such moneylines, spreads, futures and more. So, what are you waiting for?

What You’ll Find In Our Chicago Fire Guide

Chicago Fire aren’t really having the best season this year. Wins are scarce and losses more frequent than head coach Veljko Paunović would like. So, with this in mind, we wouldn’t really recommend betting on the team to win the MLS Cup this season at top soccer betting sites.

In fact, it is debatable whether the team will even be able to make it to the playoffs this year. With more than half the season gone, they’ll pretty much have to win every game they play from here on to secure their spot, so we wouldn’t even recommend making a future on that.

In general, if you’re thinking of betting on a Chicago Fire game, we’d recommend betting on their opponent or a draw at this moment. This really does seem like the likely result. We also say avoid under/over bets because of the unpredictable nature of matches. The scorelines of their matches seem to be rather erratic, so you’re more likely to lose.

Chicago Fire was founded in 1997 on the anniversary of the Great Fire and played their first season in 1998. Their first coach was famed US soccer coach Bob Bradley, who would ultimately lead the club to their first league victory.

Despite some early success, the team did go through some turmoil through the early-2000s in which it struggled to find a permanent home and former club president Peter Wilt being dismissed. The team has since recovered under new ownership.

The club is largely famous for creating history by winning a cup double (the MLS Cup as well as the US Open Cup) in their first season. Since then, the club has gone on to win the US Open Cup three additional times, bringing their total tally to four. Unfortunately, they have not racked up another MLS Cup win since.

In recent years, Chicago Fire has also not really been in any real contention for the league’s biggest accolade with them largely struggling to make it to the playoffs. We wouldn’t recommend them for a future bet on them at MLS betting sites any time soon if this sort of form keeps up.


Things to Consider When Betting on Chicago Fire

Our guide on Chicago Fire Soccer Club is regularly updated with every announcement that relates to the team. US bettors need to follow these notifications as they have a huge bearing on the success of the bet. These are some of the most important factors to look at before you bet on Chicago Fire: 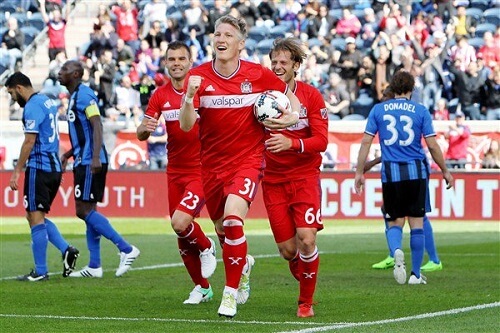 Some interesting facts about Chicago’s favourite soccer team include: