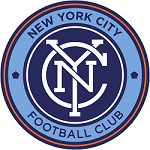 New York City FC betting has recently risen to become one of the most popular forms of Major League Soccer betting in the Eastern Coast of the United States. Launched in 2013, the team is the sister club to European giants Manchester City and has seen many star players join the active squad because of this. Since joining the league’s Eastern Conference in 2015, the club has seen some pretty good performances that have excited many avid US soccer bettors. Many have wondered whether they are a team worth risking a future on.

If you would like to learn more about betting on New York City FC as they continue their MLS campaign, then make sure to carry on reading. Below we have a look at the team’s odds to win the MLS this season, their recent performance history as well as some rather interesting facts about the team. So, read on and find out more about this exciting and competitive soccer team at online gambling sites.

Place all your New York City FC and other MLS-related sports bets at any one of the sports betting sites below. They are guaranteed to provide you with some of the best odds available:

New York City FC is currently one of the teams heavily-favoured to win the MLS Cup, only having registered a handful of losses throughout the season thus far. They have seen some pretty convincing wins and aren’t really having trouble finding the net, which has really put bookies on their side.

Overall, placing a future bet on New York City FC wouldn’t be a bad idea. The team is in good form and it may really be their year to lift the MLS Cup. The only real opposition they seem to be facing is from Atlanta United and Los Angeles FC. Bettors may be able to find some really favorable odds at soccer betting sites.

New York City FC has only been active in the MLS since 2015. Thus, bettors really have very little to go on. In their first season in the league, the club did rather poorly, finishing second last on overall standings. As a general rule, betting on new teams is rather volatile as they need to adapt to the learning curve.

Famous former France and Arsenal midfielder, Patrick Viera, was then brought in to take the mantle of coach. Under Viera, the team began to prosper with both senior and junior players beginning to show strong form.

Viera was able to take the club to the semi-finals of the Eastern Conference in 2017. However, following this performance, the team underwent a massive overhaul, which would see more than ten players depart the squad. Viera himself would also leave to go take up managerial duties at Ligue I side, Nice. 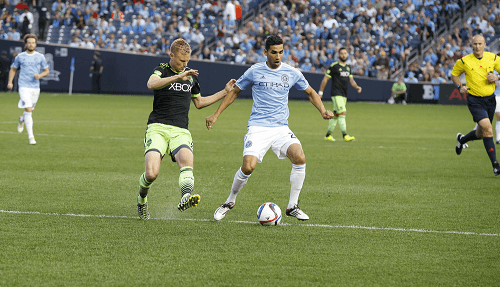 NYFC then hired former Barcelona assistant manager Domènec Torrent to replace Viera, who had previously worked under the Pep Guardiola at Bayern Munich and Manchester City too. In 2018, under the leadership of Torrent, the side would go on to make it the Conference semi-finals before bowing out to Atlanta United FC.

It is important to note that Manchester City FC is the parent club of NYFC. This means that the team is required to make use of the Designated Player Rule. In the past, this has led to big soccer names joining the squad, such as David Villa and Frank Lampard.

With the team’s good history thus far, we would not fault any bettor who would like to place a future on NYFC. They have not yet made it to a Conference Final, but it seems that they’re well on their way to doing so.

As a bonus, here are some interesting MLS betting facts US bettors may have not known about New York City FC: