Characters from comic books have provided endless inspiration for

different TV Shows and films. With such a huge following of supporters and fans, it’s no surprise that top casino software providers have also created the best DC comics slots.

These games are based on famous superheroes. Online comic-book slots come in different forms. Some feature the popular superheroes, while others introduce original characters. With such a wide range of games to choose from, we decided to put some of them to the test. In this guide, we list top 5 comic slots you can play for real money or for free.

Throughout the history of online slots, comic book themed slots have always been well-represented. Marvel Comics slot games were very popular with many players across the globe. However, they stopped licensing casino games in 2017. This was because Playtech’s contract with the brand was not renewed.

Consequently, they soon got replaced with another popular comic book giant: DC Comics. Below are some of the best DC comics slots that have managed to make the cut.

Suicide Squad is one of the most popular DC comics games. The game’s theme is based on the 2016 film. As such, you will come across popular faces from the movie in the form of high paying symbols, including The Joker (Jared Leto), Deadshot (Will Smith), El Diablo (Jay Hernandez), Katana (Karen Fukuhara) and Harley Quinn (Margot Robbie).

Batman stands as one of the all-time favorite superheroes of all time. The game is inspired by the iconic 1960’s TV show featuring the Caped Crusader. The comic slot is a 5-reel and 3-row progressive jackpot game, with 25 pay lines.

This comic slot game is based on the iconic film form 2008. It has proved to be one of the Heath Ledger’s best roles, winning a posthumous Oscar for his portrayal of the Joker.

In this game, Heath Ledger’s Joker is one of the best paying symbols, together with the Batman symbol. There are also more characters from the film that are part of the game’s symbols, thereby enhancing the slot’s authenticity. 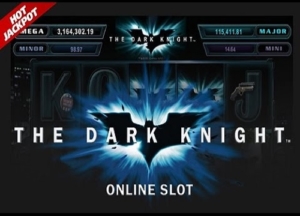 80s kids will undoubtedly remember ThunderCats! The cartoon series was about the adventures of cat-like heroes who battled against the undead evil enchanter – Mum-Ra.. Blueprint Gaming created one of the top-notch DC Comic slots – ThunderCats, based on the cartoon/the DC comic book series.

The game WAS inspired by the popular superhero team. There’s also another slot game that is based on the movie version. However, this game pays tribute to the original comic.

Among the high-paying symbols, you will see some represented by Batman, Aquaman, and Wonder Woman. There’s also a bevy of villains that represent the bonus symbols, and these include Darkseid, The Joker, and Cheetah.

In a nutshell, our recommended casino sites feature the best comic slot games. Rest assured that the games are colorful and they accurately depict the characters from DC Comics serials.

Visit any of the gambling websites we feature and start playing your favorite superhero slot game online!

Other Guides for Online Slot Themes: