The MLB postseason is upon us and the first Wild Card game will see two plucky National League teams take on each other with the Milwaukee Brewers at Washington Nationals. Both teams come into the wild card game under different circumstances. While the Brewers started off the season off pretty well, the team certainly did start to show some cracks towards the end of the season. However, pretty much the opposite is true for the Nationals, who only started pick up their game after the season halfway mark.

The Brewers pretty much only found out that they had made it to the Wild Card round on the very last game of the season, whereas the Nationals had secured their spot pretty early on. This means that they had some time to rest some players. Although many sportsbooks are placing the Nationals as the favorite, could there be a chance to make some good money on the underdog?

Well, let’s get into some cold hard stats, and then we’ll tell you which team we believe is going to win in this upcoming matchup and why. 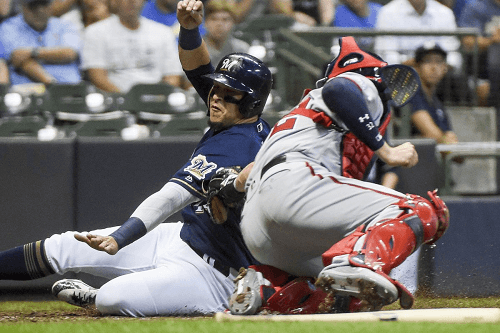 So, with all these stats covered, here are our predictions for the first MLB postseason game this year:

Check out our other latest MLB news stories: