Los Angeles Angels center fielder Mike Trout is probably most famous for having the world’s largest sports contract – one which is literally set to see him earn near half a billion dollars over the next twelve years. The Angels aren’t paying Trout exorbitant fees for nothing though; the center fielder has led the MLB in win above replacement statistics for the last three seasons, but he also did not make it to the end of any of those seasons.

This is due to the fact that Trout has been plagued by injuries over the last few years. The most recent is Morton’s neuroma – a painful foot condition that will require surgery, and will see Trout miss the last 22 games of this current season. Although the Angels are not the team you want to bet on to take this year’s World Series title, many fans are wondering about the future and whether or not the Angels are relying on Trout’s abilities far too much.

Without a doubt Trout had his best season yet this year, which saw him record slash line averages of 291/.438/.645 in addition to 45 home runs and 134 RBIs. It’s safe to say that he is a good contender to take the American League MVP award for a third time. However, these achievements have not come without analysts noticing that Trout has changed the way he approaches the game in recent years. 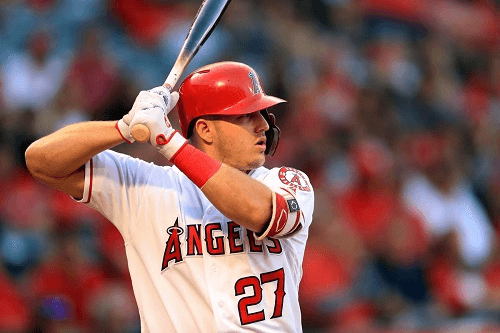 Trout has openly acknowledged this change, even going so far as to state that cutting down on stolen bases is just one way to reduce potential injury and eventual wear and tear. That said though, he still dives for catches in the outfield, and has performed more of such this season than in any other.

It seems that the Angels are looking for ways to keep Trout in fine form for some time through having him take less risks and pay more attention to nagging injuries. In reference to the most recent injury, the center fielder stated that the injury had started as something that didn’t look all too serious, but eventually grew in to something that bothered him immensely. It seems that this was a rather unavoidable issue that unfortunately could not be affected by a change in playstyle

Perhaps, however, the best way for the Angels to ensure that Trout sticks around for as long as his contract stipulates while maintaining fine form is to add more players to their squad that are able to pick up the slack when he is not around. If the Angels want to make a good run at the World Series, they are going to have to.

Check out our other latest news stories: