The upcoming UFC 247 on the 8th of February is set to be a big event. In the light heavy weight category, champion Jon Jones faces Dominick Reyes in the main event. This will be a good time to redeem ourselves from the McGregor v Cerrone unexpected blindside. Granted UFC 247 is not as big in terms of entertainment value and as an entertaining spectacle as the Connor v Cowboy, but we bet it will be worth your while. Learning from previous predictions, it would be smart to spread your bets. As sure as you may be about a certain result it’s advisable to place an insurance bet with maybe not as high a return but that also has a lower risk.

We will run you through each fighter’s stats and their track record for the main event. Also look out for the odds for the other heavyweight, featherweight, and the women’s flyweight fights on the main card.

Jon Jones is the current two -time Li Heavyweight Champion. He has held the title twice. First for four years between March 2011 and April 2015. His current hold on the Light Heavyweight Championship started in December 2018. Jones has won 25 out of 27n of his professional matches, although he was guilty of doping for a couple of those matches. He has lost one out of all those. 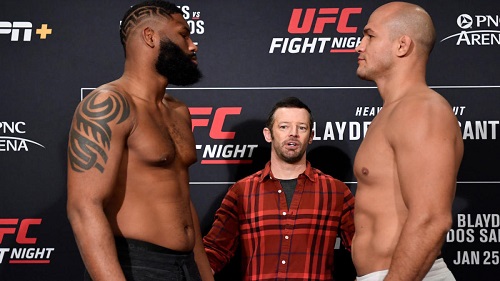 Dominik Reyes has a flawless record so far. Professionally, he has an unbeaten record of 12 matches, 7 of which have been by submission.

Odds are probably favouring a Jones victory by Knockout or submission.

Women’s Fly weight Odds are a bit clearer than the rest. Shevchenko is the favorite and is expected to win

Heavyweight Odds are much closer than the other categories.