Online Gambling » Will There Be A Second NBA Bubble?

Will There Be A Second NBA Bubble?

There have been talks over the possibility of having a second NBA bubble for non-playoff teams. The National Basketball Association is nearing the restart of the 2020 season after it took a break following the outbreak of the coronavirus pandemic. The NBA teams were divided into their respective conferences and were reduced to a set of 22 by virtue of their league standing.

The best teams from the Eastern and the Western Conference with a shot of qualifying for the playoffs will jet to Florida. They will stay in the bubble for the remainder of their basketball games. According to reports, there will be a second bubble that will feature eight that were not considered for the NBA postseason.

After the NBA decided against scrapping the 2019-20 season, a lot of manpower was dedicated to making sure that the bubble in Walt Disney World Resort is safe. The decision to formulate a second bubble rests on the success of the bubble in Disney World. Also, the designated city is Chicago and there’s the challenge of constructing the same safety layer.

The discussions are also hampered by the number of players that test positive of the coronavirus. The association has to weigh the safety for players as well as recouping a fraction of the millions they lost as a result of the pandemic. Even if the NBA games in the bubble continue as planned, reports show that the league would have lost over $150 million. 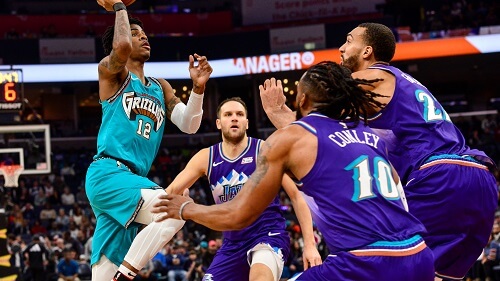 Should the talks get the green light, the eight teams will hold a summer league-esque contest. Some of the teams that didn’t get the invite to Disney World but are in consideration to take part in the bubble in Chicago include: