.On Friday, the NBA released the schedule of the remaining games of the regular season that will be contested by 22 teams. All of the teams that will participate will be vying for the chance to make it into the postseason.  In complying with the health protocols, the National Basketball Association has recommended that all games take place at the ESPN Wide World of Sports Complex at the Walt Disney World Resort.

Dubbed the NBA Disney World bubble, teams and all staff at the resort will remain quarantined for the remainder of the games. This plan is designed to prevent everyone involved from contracting the virus.

The official date of the resumption of the NBA is July 30. Kicking things off will be the Utah Jazz facing Zion Williamson and the New Orleans Pelicans. That game will be followed by the much-anticipated battle for the Western Conference, with the Lakers versus the Clippers.

The sportsbooks still use the teams’ record during the season to justify the odds on the platform. Experts have established that there are pros and cons to that ideology. Teams with a better roster and those that have managed to keep fit will do well. On the other hand, teams that displayed great form before the season was stopped may find it difficult to play with the same fluidity. 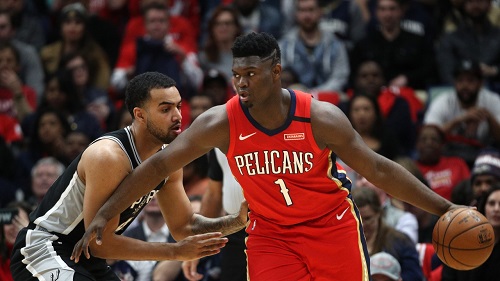 You don’t have to wait until July 30 to bet on NBA games and start making money. Operators such as FanDuel has begun promoting odds on the doubleheader between the Jazz vs Pelicans and the Lakers vs Clippers. The odds serve up an interesting impression by the sportsbooks on which teams will do well.

The Pelicans are the team to watch with the pause in the season potentially giving star player Zion Williamson enough rest to perform. They are pegged as the favorites in the showdown with the Jazz. Additionally, sports analysts suggest they have enough to go through to the NBA playoffs.

The Clippers remain second in the Western Conference. Also, they will breeze through their final six games are against teams with records under .500. They will look to strengthen their championship credentials when they play the Lakers. Despite having a better head-to-head record than the Lakers this season (2-1), oddsmakers still see LeBron and his teammates as the better team.