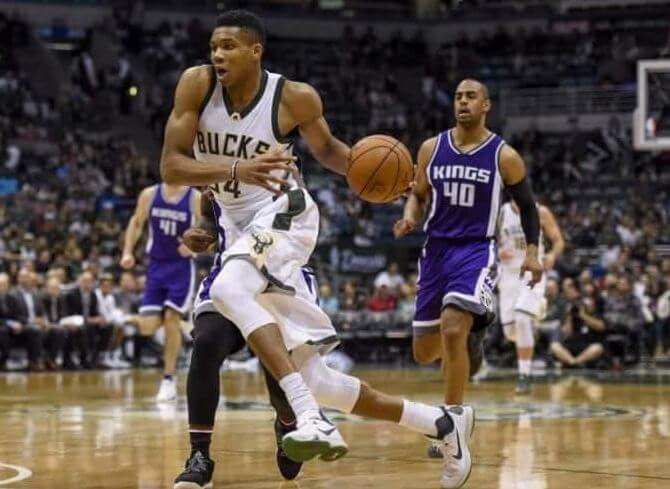 The Sacramento Kings are taking a trip to the eastern coast where they’ll be playing against Milwaukee Bucks later tonight in an inter-conference match. Many sports bettors would argue that the Milwaukee Bucks stand as the best team in the NBA by an extensive margin. The team currently holds a game lead of 6.5 over the Raptures, and they managed to win 13 of their previous 14 games, which is quite impressive!

Just recently, they took down the San Antonio Spurs by 20 points. Sacramento is gushing; however, they are definitely being tested against the best team in the league at the moment. So, who will win in this match up?

It’s quite difficult to argue that there is a better team than the Milwaukee Bucks in the NBA right now. The team only has a record of seven losses this year so far, and they always try to do their best to win. One of the players that have been very consistent lately is Kris Middleton; he’s scored about 20 points or more in six consecutive games.

Overall, this year, Kris averages 6.1 rebounds, 5.8 assists, and 20.4 points per game. This indeed makes him wildly consistent in the league this year as he shoots 51% from the field, 44% from 3 and 90% from the free-throw line. As we all know, the Kinds rely greatly on their guard, so Kris is definitely going to be difficult to stop.

Alongside Kris is one of the best players in the world, Giannis Antetokounmpo. He has been quite dominant all year, averaging about 13.5 rebounds and 30 points on each game. Rebounding has been quite a prominent issue for the Milwaukee Bucks the whole year. The team has the best scoring offense in the league but also has the top rebounding margin by far. As previously mentioned, with about 13 continuous games of getting about 110 points and above. It’s really is hard to believe that the Sacramento Kings will be the team that’s going to take them down.

Who will be winning tonight’s Bucks/Kings game against the spread? Well, that’s a question many USA punters are asking themselves. The Bucks are fairly favored and could be getting the win. However, one may argue that the spread is quite wide against the Kings as they have also been on fire of late.