There’s good news for sports fans as the  NHL, NBA return. After being deprived for over three months, fans and sports fanatics will be excited to hear their favourite teams are resuming training and preparation is in full swing. All sporting events were met with abrupt halts because of the coronavirus pandemic. A highly infectious disease that has no cure or vaccine as yet. Countries all over the world closed borders and assumed a state of emergency to avoid the tragic loss of life like what was witnessed in Italy. Now that the worst is behind us, many industries are slowly opening up. Other than NHL, NBA return, sports leagues like NFL and European football leagues have also announced return. 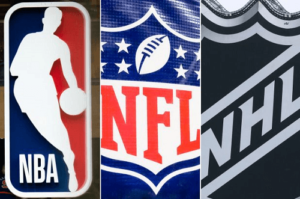 The NBA has not yet announced when their respective leagues will resume but from the observation of the training schedule. It could be anything from the next month; most leagues stopped before championship results. The organization explained how social distancing measures would work, and on Monday the teams were officially allowed back into training facilities.

One of the NBA’s most loved stars Kevin Durant confirmed that he would not be returning to the continuation of the league. The star was on the bench all season due to an injury on his Achilles. Although the new season would have started by now. Because of the delay caused by the coronavirus pandemic, new season fixtures have been released. Meaning Durant’s return will only be in 2021.

The NHL, on the other hand, has given measures a little differently. Allowing players to voluntarily train, because not everyone is comfortable to return to mass gatherings. For reasons like underlying health conditions or age. In European football, Chelsea’s star player Ngolo Kant is one example of an athlete forfeiting the league, because they are a high-risk individual.

For the NHL sporting camp is probably going to start in July. As a result, a few cities with big arenas have been chosen to accommodate them. The NBA has already called dibs on Disneyworld. And rumours suggest that cities like Las Vegas with big arenas and facilities. Will likely be home to the hockey league.  when it resumes. Logistically, the plan to move all games to one area will prevent travelling. Which is what leads to possible infection. In addition to the teams will be isolated for their safety.

In a recent interview, New Yorkers Hockey team coach boasted his excitement about their return.  Sounding highly confident about the results of his team. Because the league will pick up where it left off. The Yorkers results are promising towards taking home the cup.

The plan with voluntary training is that it will eventually turn into a training camp for the players. According to sports experts, the leagues will be ready by August, and the sport will resume public games towards the end of the year.

While it remains uncertain whether spectators will be allowed to come to watch live matches. The NFL, NBA return will have endless potential in entertainment. The possible outcome is like the new order of the COVID pandemic, and people will enjoy their games from home with live streaming.

Keep up with us for all your latest news